Learn about what goes into making a weather forecast 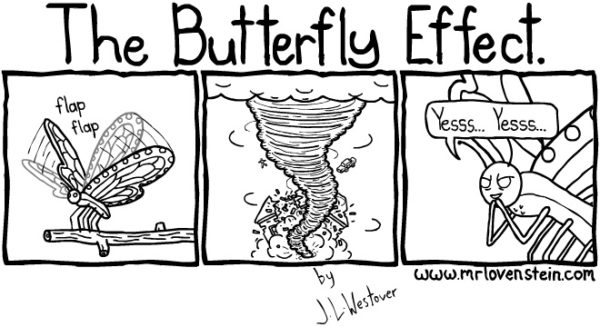 As a forecast range is extended into the future from one day too many days, weather forecasts become progressively less skillful and accurate. The generally accepted limit for any useful level of skill is 10-days.

The reason why a limit exists was discovered by Ed Lorenz in 1961, one of the pioneers of chaos theory, as he was experimenting with one of the earliest computer weather forecast models. He found that the model produced a totally different forecast if the model was stopped, then restarted, partway through its computer run, compared to if the model was allowed to complete its run without stopping.

This happened because when the computer run was stopped, it’s forecast at that point was stored as numbers that had a level of precision less than the level of precision the computer used. The extremely small difference in numbers resulting when the model was restarted was, in effect, a slightly different set of weather conditions. As the model progressed many days into the future, those small differences were amplified into totally different weather patterns.

This demonstrated the rather fascinating fact that everything that happens, even a butterfly flapping its wings in your backyard, eventually impacts the future state of global weather patterns. While this might sound like your backyard is ‘important’ to global weather, its importance is diluted by the near-infinite number of backyard-size spots of land and ocean covering the entire Earth. We call this the “Butterfly Effect.”

A good example as it relates to storm chasing is the effects of morning convection. There are days when storms may occur in the morning or early afternoon. These storms most likely will not be what storm chasers target for severe weather, but the processes that result from those storms can (and often will) greatly change a forecast that was made prior to those storms forming.

Once a storm dies, it will typically push a cold layer of air out and away from it, this is called an “Outflow Boundary” (OFB). If a forecaster made their forecast at 8 am CDT and a storm occurred in or near the forecast area at 11 am CDT, then it can be assumed there will be new boundaries at play once that storm dies off, which didn’t exist at the time the numerical forecast model was made that the forecaster used to base the am forecast on.

This is where good forecasting experience plays a vital role. The skilled forecaster must look at these new processes such as outflow boundaries and interpret how they will affect their earlier forecast. An outflow boundary can serve as a critical focal point for the development of severe weather because it’s a boundary of cold air that can be a lifting mechanism for warm, moist air (sort of like a “mini cold front”). If a forecaster fails to correctly interpret these variables, it’s unlikely their forecast will validate. Since the atmosphere is fluid and is in a constant state of motion, so must be the forecaster in their decision-making process.

It is important to understand that things happening on a small scale (e.g., mesoscale) happening now will change the outcome of a current computer forecast for time-period several days from now. With that in mind, let’s discuss the different types of Computer Forecast Models that we use.