3000 J/KG CAPE along with strong low-level shear and 50 knot low level jet brought tornadic supercells into southern Nebraska today. A nice late May dryline setup that featured a surface low over NE Colorado and a dryline extending through western Kansas that was punching into south-central Nebraska provided an initial target area from McCook to Kearney. We intercepted a beautiful and intense supercell with a deepening wall cloud SW of Kearney and tracked it as it moved towards the city. It quickly produced a tornado and unfortunately, there was sufficient damage in town to several structures as a result of a direct tornado strike. The cell was extremely high precipitation, which made the tornado very difficult to see as it was occluded in rain. 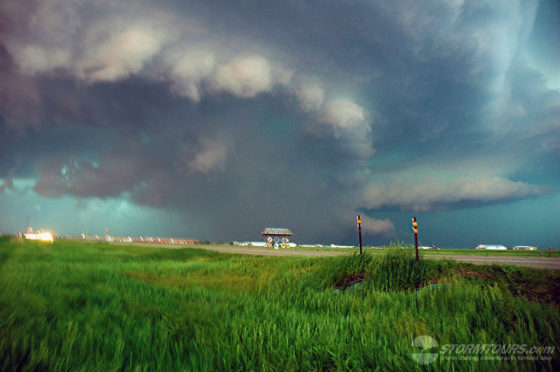 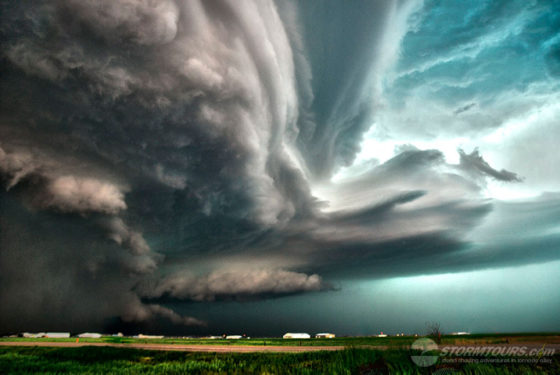