May 23rd provided an interesting upslope flow day in the southern portions of Colorado. We started the day in Garden City, Kansas with two potential target areas. To our south in Oklahoma, was the first target area.

However, despite the few things it had going for it, there was more going against it and by mid-morning, the area was socked in with cloud cover and large MCS was pushing out to the east from the Texas Panhandle. The second target area was in eastern Colorado, but eastern Colorado is a very big place, it was difficult to narrow down the target to a precise location.

There was a large upper-level low spinning over central Colorado which was contributing to pulling in moisture from the south, initially, northeast Colorado looked to be the better choice, but we couldn’t turn our back on the possibility of supercells near Pueblo as conviction moved off the mountains.

The trick today would be getting something to hold together once it moved off the mountains and over more flat terrain.

With a split decision on target areas, and being that the target areas were moderately close enough together, I opted to position us between the two targets of NE Colorado and Central Colorado and carefully observe remote sensing imagery via satellite and radar.

By mid-afternoon, a storm had moved off the mountains and was advancing into the front range, which caught my attention and we started driving towards La Junta on Highway 50. The supercell formed a deep, near ground-dragging wall cloud.

Chasing along Highway 50 is always a bit of a challenge when you have safety in-mind as your top priority. We do not park our vehicles on the shoulder of the road if we can at all help it.

Luckily, we found a great parking spot that allowed us to back in and be pointed in the right direction, we quickly set up cameras to document the storm. The wall cloud produced a brief tornado at 4:52 pm MDT.

We would spend the rest of the afternoon playing “leapfrog” with the storm, allowing it to gain on our location and then driving out in advance of it to set up again and start the process over.   A very fun and interesting storm, to see a wall cloud this massive is always impressive! 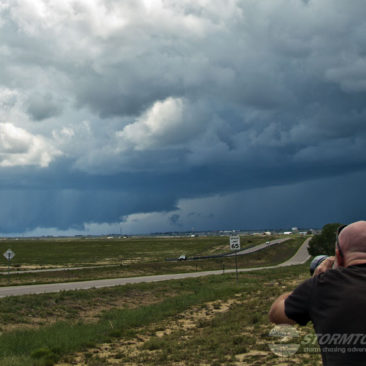 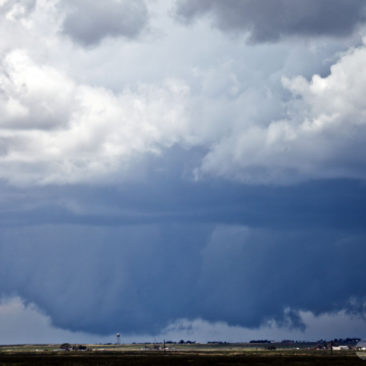 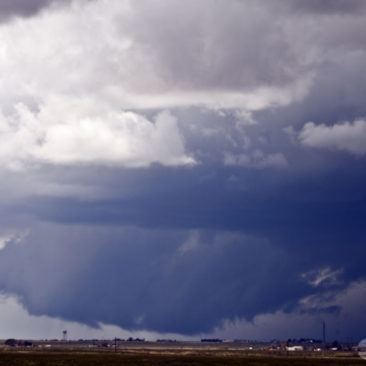