During August, Tam and I make our annual pilgrimage to Canada to visit family. We usually do a bit of storm chasing during this trip as well since August is prime time for supercells and tornadic thunderstorms in the Canadian Prairies. While we have never conducted a tour operation in Canada, it is a possibility that we’re looking into for the near future.

Storm chasing is Canada isn’t all that much different than storm chasing in the USA’s Tornado Alley. However, there are some differences. For starters, there isn’t a tremendous amount of nowcasting data available and radar coverage is quite limited. Nonetheless, for me personally, it just makes it that much more enjoyable because it’s less tech and more “eyes on”, and I really enjoy that.

The frequency of storms is not as dependable as the USA however. During the height of the storm season in May, we can easily say that we’ll get a couple of good storm chasing days per week in the USA’s central plains. In Canada, there might be one storm chase day per week during Canada’s summer weather patterns.

We are however exploring the possibility of establishing a separate business in Canada to conduct tours annually in August. These tours will be structured much differently than our USA tours due to less dependable storms.

Instead of waking up in some portion of Tornado Alley and expecting the probability of day of storm chasing, we’ll be conducting scheduled tours of various sightseeing locations in Canada and breaking the normal tour schedule when there is a possibility of storm chasing. Such sightseeing locations will include visiting various national parks (Such as Banff and Waterton), visiting the Alberta Badlands to photograph the hoodoos (as shown below), and of course photographing the Northern Lights when given the opportunity.

Here are a few photos from a single day to provide an idea of what you can expect from a Canadian storm chasing day. 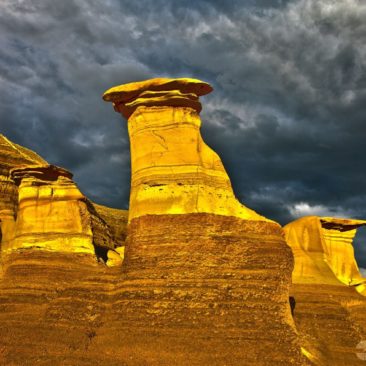 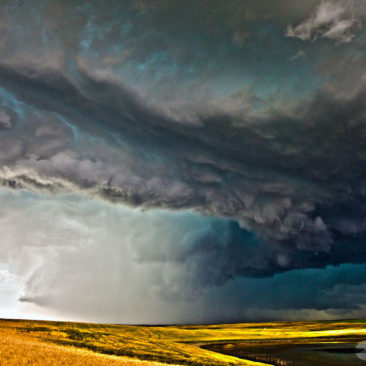 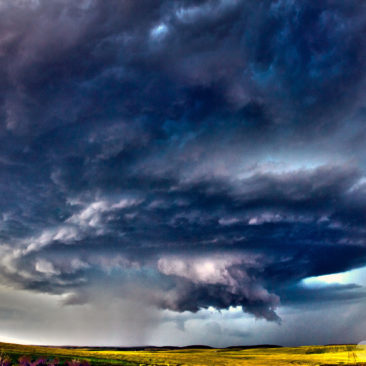 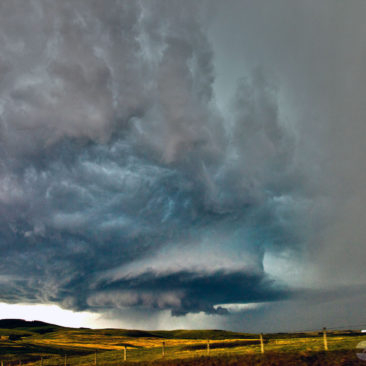 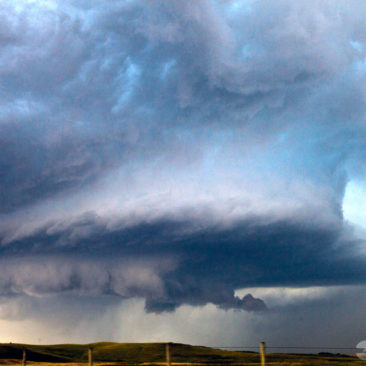