The day began with a forecast that indicated a chance of a tornado or two in western Oklahoma.

A slow eastward progression of a trough over the western states helped maintain a broad current of 60 knot mid-level south to southwesterly flow over most of the southern and central plains. Combined with deep shear over the region, the day appeared favorable for organized and sustained supercells from Lubbock, Texas to Kansas City.

We followed Highway 33 into Roger Mills County while monitoring a rapidly rotating wall cloud and cascading action on the storm’s base. A funnel of the northern edge of the wall cloud began to take shape within moments, we had a brief tornado over open land. 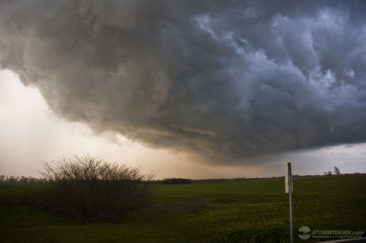 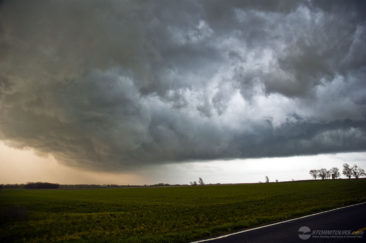 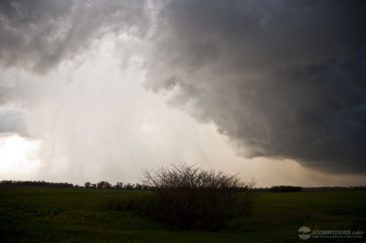 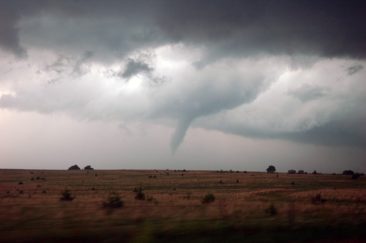