May 23rd was an intense day of storm chasing with two supercells that produced tornadoes. The largest tornado occurred near Quinter, Kansas and was rated as a monster EF4. This event was billed by the Storm Prediction Center as a monster outbreak day several days prior and due to that, state patrols had blocked nearly all the roads. As a result, we were forced to chase these storms usually mostly backroads which were wet and a lot of storm chasers became stuck. Thankfully, we didn’t get stuck, but we did have to do some wild “fishtailing” in a few spots. At one point, the wedge tornado chased us all the way to Interstate-70 at the Quinter exit. We were hoping for paved roads with “Old Highway” marked on our maps, but unfortunately, even the “Old Highway” was a dirt road that was very slippery. Blocking highways seems only to create a more dangerous situation for storm chasers and the public alike as people are forced to use lesser quality roads to escape the storm. 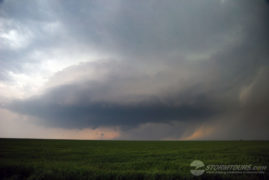 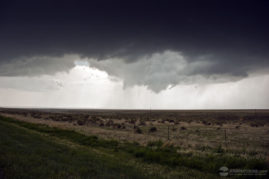 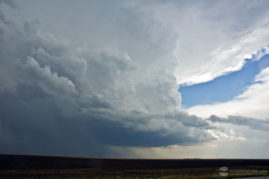 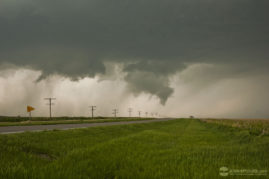 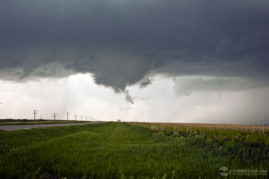 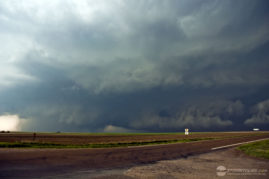 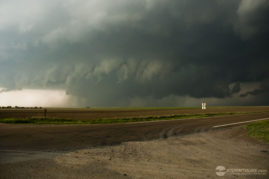 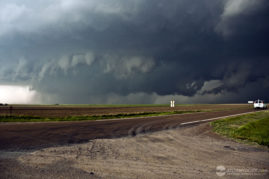 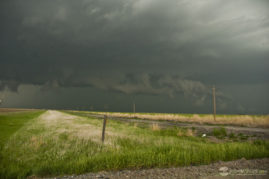 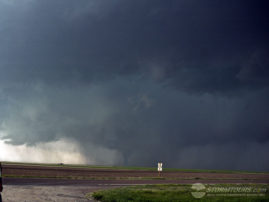 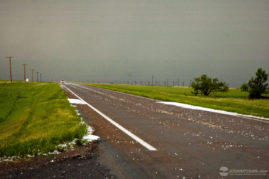 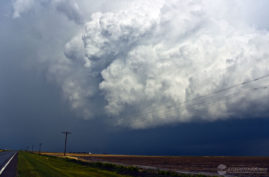