An exciting day of storm chasing in south-central Texas, which ended with a busted windshield due to hail! We started in the day in Lubbock and worked our way south towards Eldorado where we intercepted a decent looking, well-structured supercell with a rotating base.   Hopes were up as the storm began to lower and built an intense-looking rotating wall cloud, but this storm wouldn’t produce a tornado, even though it tried very hard to do so!

Our road options weren’t “picture perfect,” but the storm was traveling due east, so we traveled along with it on highway 190 towards Menard. Near Fort McKavett, the storm began a more southeasterly track and crossed the highway in front of us.  With little road options open, our only choice was to either lose sight of the updraft base, or punch through the core of the storm to advance our position to the next available south road option — we decided to take the adventurous route and 10 minutes later, the windshield in the lead chase van was completely destroyed by hail, which also completely covered highway 190!

It became obvious after punching through the storm that it was going to get away from us as it gained forward speed and moved over the South Texas Hill Country. We decided to fly the drone and shoot some video from the air as we parted ways with the floating icebox, then headed back into San Angelo and set up an appointment for a new windshield. 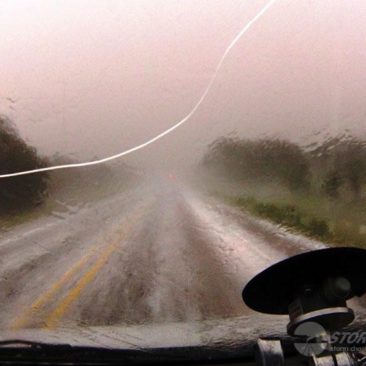 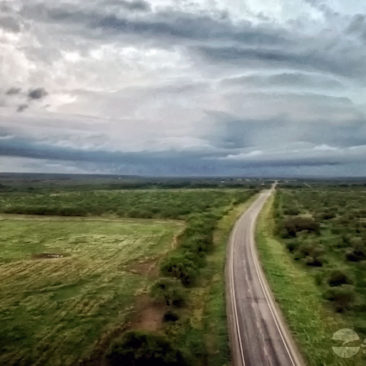 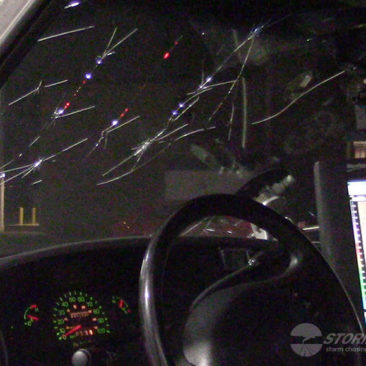