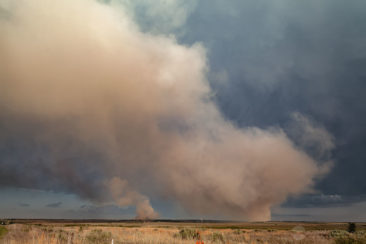 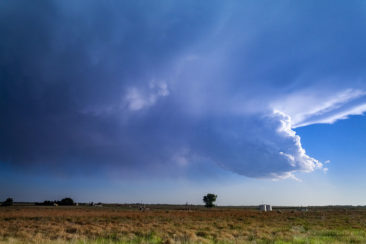 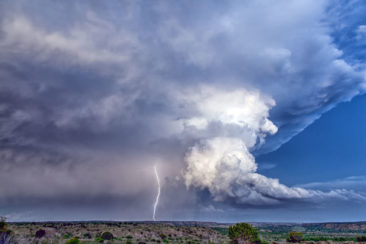 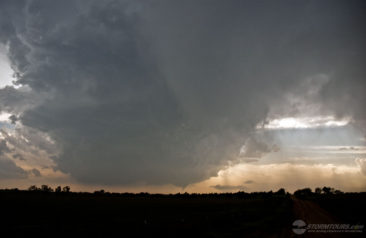 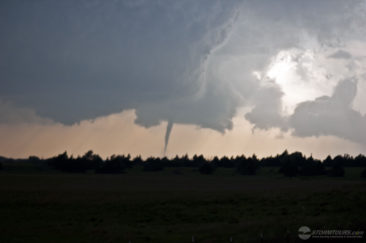 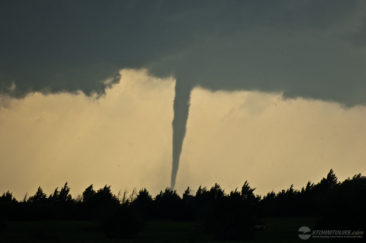 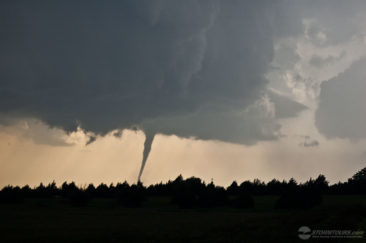 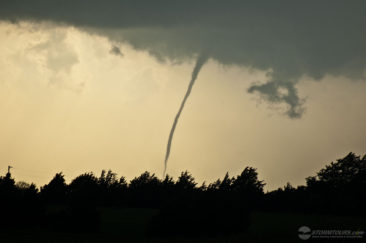 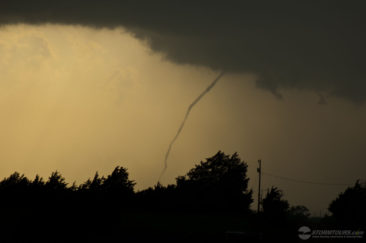 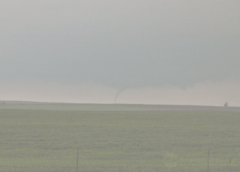 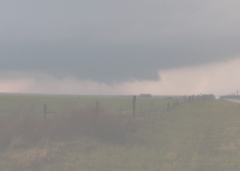 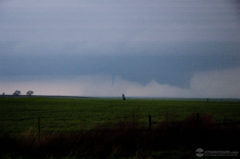 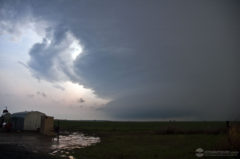 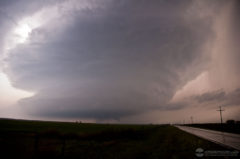 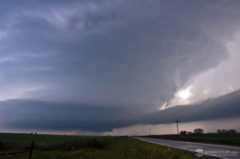 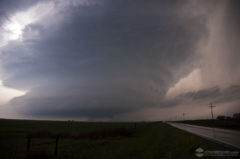 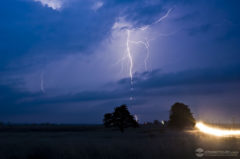 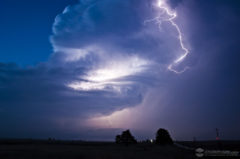 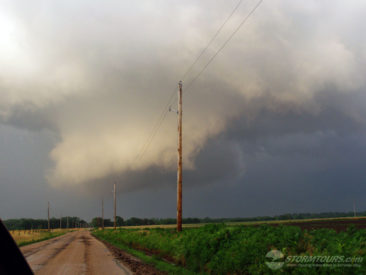 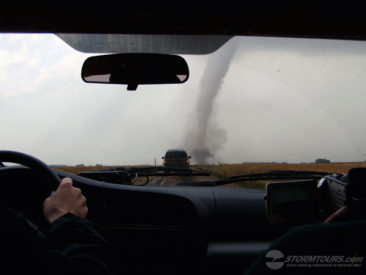 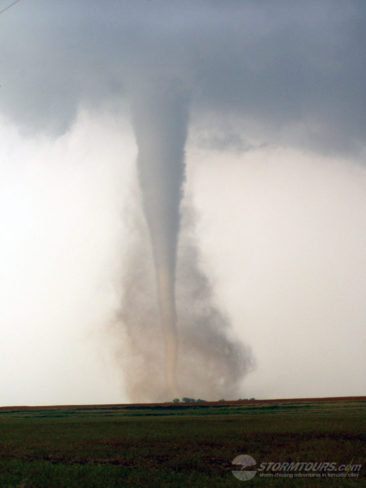 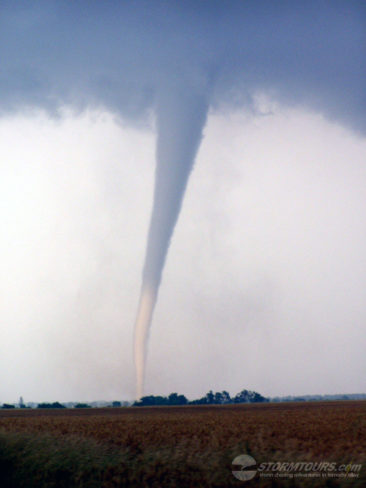 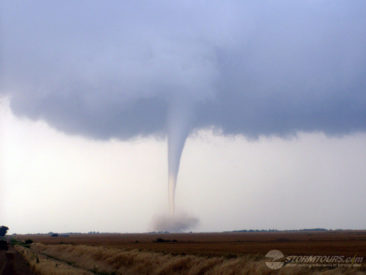 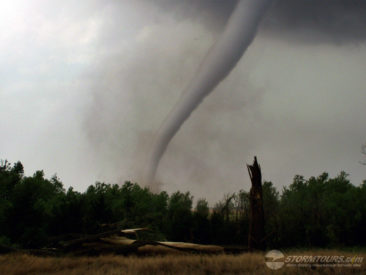 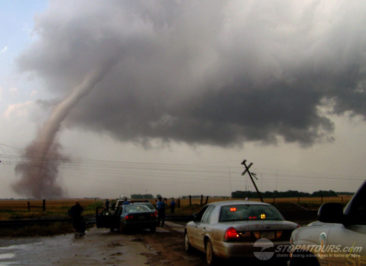 Not the most productive storm chasing day of 2003, but we ended up with a brief tornado near Clarendon, Texas.

The Storm Prediction Center issued a Moderate Risk for the area in and around Wichita Falls. A much larger Slight Risk area extended from the Gulf of Mexico to the Colorado/Nebraska Panhandle.

Most of the day was spent monitoring conditions via satellite. We parked at a truck stop along Interstate-40 at the State Highway 70 Intersection.

This is about 25 miles north of Clarendon. By mid-afternoon, we visually noticed towering cumulus to our southwest and opted to begin our day’s chase operations.

Storm development began in dry air. As the developing storm crossed the Dryline boundary, the skies grew dark very quickly. At times we encountered some large hail, about golf ball size. The windshield on the storm chasing tour van ended up getting a large crack in it.

Chasing in this part of Texas is always a wonderful experience. The paved rural roads greatly help in intercepting storms without risk of getting stuck. We got on the storm and stayed with the updraft base, which at times became wrapped in rain with a strong rear-flank downdraft present.

Staying southeast of the east traveling storm, there was a quick break in the occluding rain curtain that gave us a quick peek at a tornado as it was weakening.

All in all, as stated it wasn’t the most productive day in terms of tornadoes, but any day with a tornado is worthy of a celebratory dinner. We traveled to Amarillo and had dinner at The Big Texan, a landmark of the Texas Panhandle. 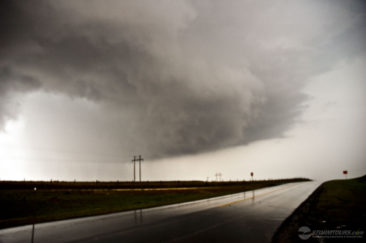 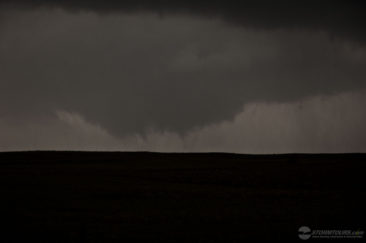 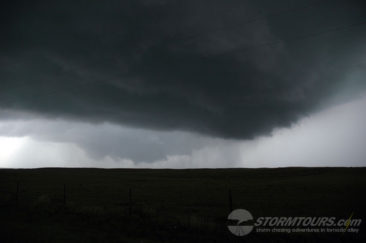